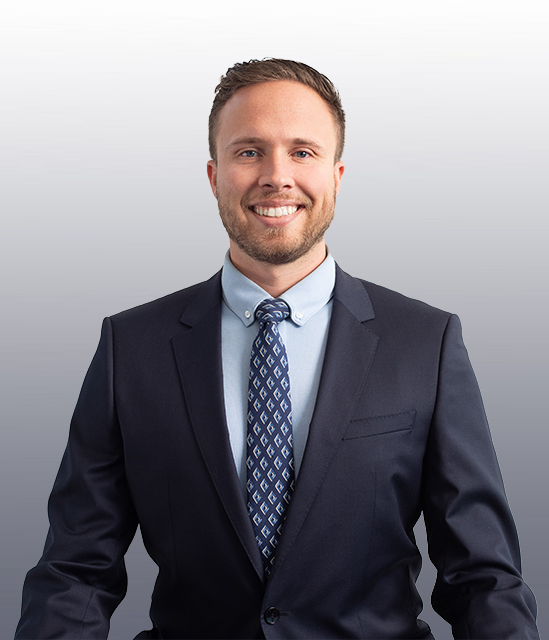 Jordan joined Harris Personal Injury Lawyers because he enjoys advocating for injured people and their families.

In law school, he received the “Academic Excellence Award” for the highest grade in Constitutional Law II, Business Entity Finance, and Advanced Legal Writing & Professional Responsibility. Jordan was named a Student of Distinction during both his 2L and 3L years at California Western.

In addition, Jordan interned at the Riverside and San Diego County District Attorney’s Offices where he made regular court appearances as a student intern.

He enjoys going to trial, and is motivated by the preparation, execution and gets great satisfaction out of working directly with people in their personal injury cases.

In his spare time, Jordan likes to be outside hiking, surfing, camping, and enjoying the outdoors with his wife, Kami.