In the moments that follow a serious bicycle accident, the victim not only experiences severe pain but also is confronted with a flood of concerns about how the injury will affect their life—both in the near-term and in the future. Will I be able to enjoy the same physical activities ever again? Will I have to deal with chronic pain? How will this injury affect my loved ones? While nothing can undo the physical and psychological trauma you have experienced, our bicycle accident lawyers in San Francisco may be able to help you maintain financial security by bringing a claim against the liable party. We have won more than $300,000,000 in personal injury and wrongful death cases, many of which involved bicycle accidents. Our lawyers are well-respected by insurance companies throughout California; insurers know that we won’t settle for less than our clients deserve, and we relish the opportunity to go to trial if they refuse to cooperate. You can reach us day or night by calling 1-800-GO-HARRIS. The consultation is free, and if you decide to hire our law firm, you won’t owe any attorney’s fees unless we win.

Can I File a Bicycle Accident Claim Without an Attorney?

While it is possible to bring a personal injury or wrongful death claim without an attorney, this is almost never a good idea. It is the insurance company’s goal to pay you as little as possible, and there are dozens of strategies they might use to do so. Insurance adjusters know that many such strategies won’t work against a savvy attorney, but they can often take advantage of claimants who represent themselves. There are all sorts of mistakes and oversights you could make if you don’t hire an attorney. One inadvertent error could be all it takes to cause your claim to be denied or greatly reduced in value. If your financial security is on the line, representing yourself is simply not worth the risk. Read on to learn a few reasons to hire a well-credentialed bicycle accident attorney in San Francisco:

Speak with a Bicycle Accident Lawyer in San Francisco Today

At Harris Personal Injury Lawyers, we are dedicated to helping accident victims and their families make informed legal decisions. Getting you fairly compensated as soon as possible and providing a comfortable client experience are our top priorities. To set up a free case review, call 1-800-GO-HARRIS or message us online via our Contact Form. 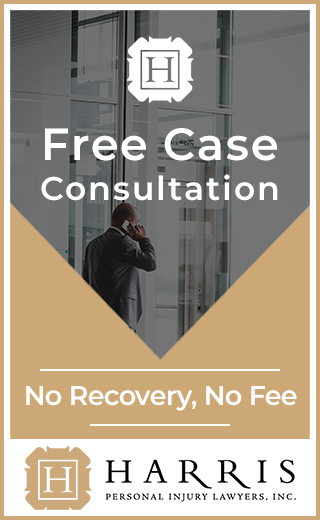 Call Us, We Can Come to You!
Se Habla Español